Ever since sunrise has been getting earlier and earlier, the kids have been getting up earlier and earlier. Not good for someone who doesn't like to get out of bed even a minute before she has to! My hubby is up anyway so he's there to take care of them, but they get tired at night much earlier than usual and are sometimes yawning at the dinner table. I knew the problem was that the mini-blinds on their windows didn't do a whole lot in blocking out the sun. 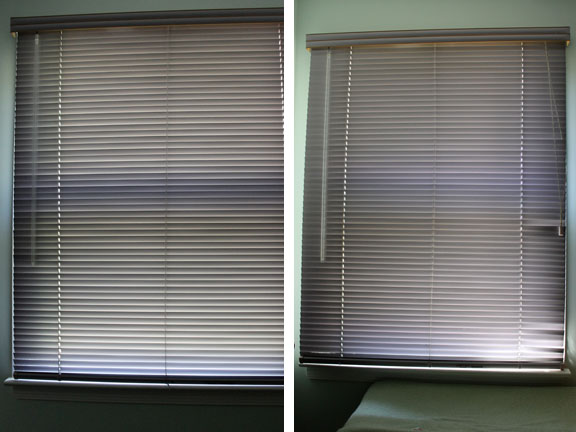 I finally went off to JoAnn in search of blackout fabric. I found some that was on sale (score!) and spent only $8.73 on the liner itself. Now for some pictorial foreshadowing... 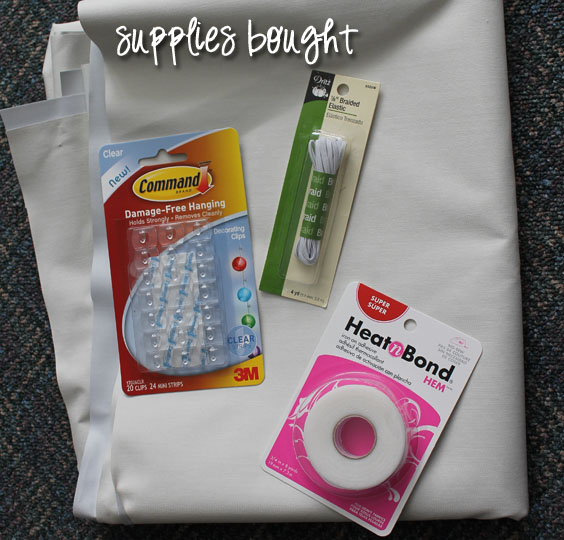 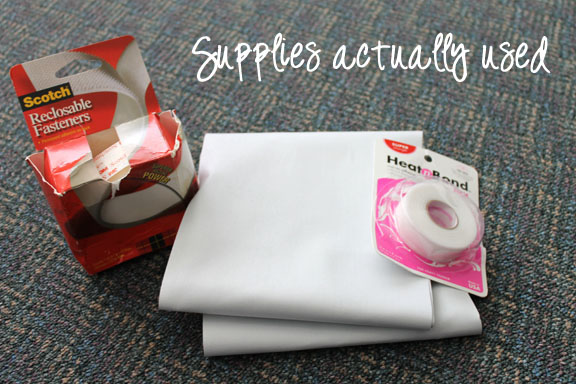 More on that later...

The first step was measuring and cutting the fabric. I measured my windows and added 4 inches to each dimension. For example, one window was 34"x45" so I cut my fabric to 38"x49". One inch on each side would be to overlap a little onto the moulding around the window so there would be more light coverage and the other extra inch was for the hem on each side. 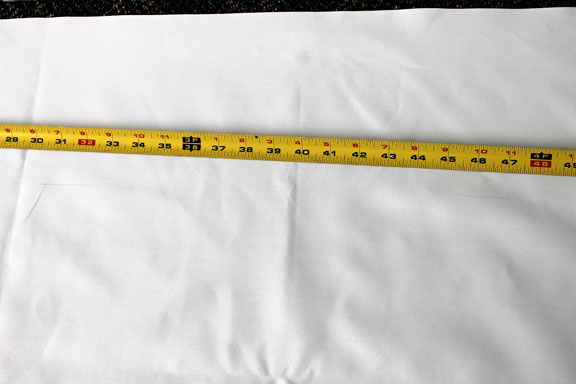 You can see the the fabric is different on each side and I wanted the white part to face towards the room (not that it really matters because you can't see it through the blinds.) 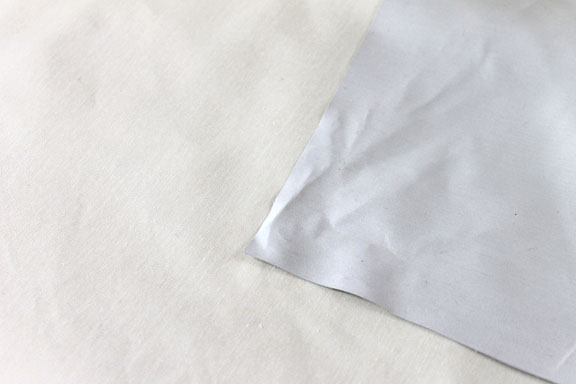 I then used the Heat n Bond to hem each side. Make sure that you put the fabric with the wrong side face up. I found it easier to first iron the fold without the tape to it would stay flatter while I was ironing with the tape. 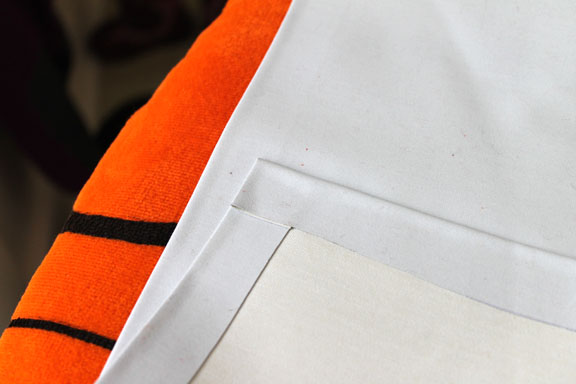 For some reason, there is literally no space for an inside mount of a curtain rod or anything of the sort, and since we already had the blinds, an outside mount was out of the question. I had to get my MacGyver on and figure out a way to get this fabric hung. That's where (I thought) the elastic and mini-command hooks would come in. (By the way, don't you love that they are now making clear hooks??) 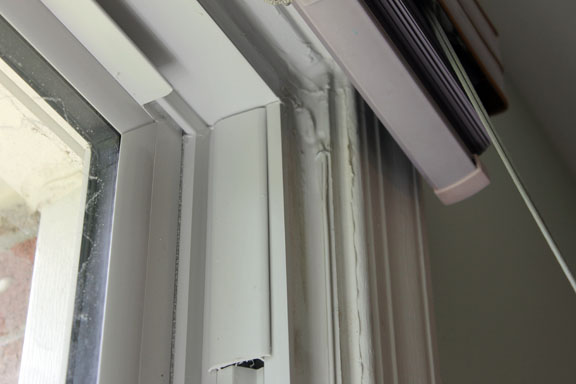 I had in my head that I could just put four of those hooks in the corners of the window, fashion a little loop made out of the elastic and then hang them from the command hooks. 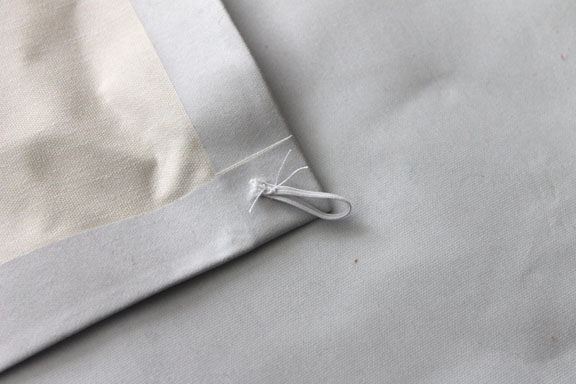 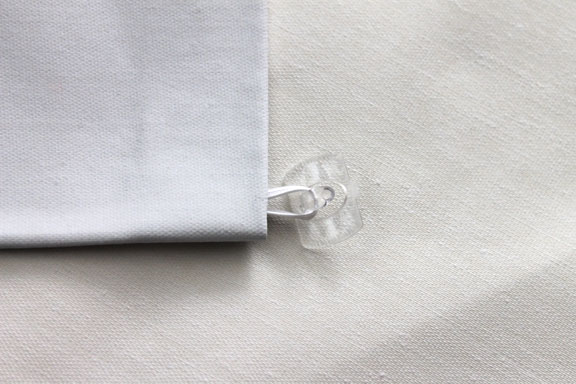 Clearly, those hooks were not made to support any significant amount of weight so this idea became one big FAIL! Luckily I had only sewn the elastic loops onto one piece of fabric! On to plan B. I looked through my craft area trying to figure out what I could use and then it dawned on me - velcro! (Excuse the trim that needs some major touch up paint - those marks are from the blinds and some kids (who will remain nameless) banging into the moulding.)

See, I wanted the fabric to be removable in the winter time when sunrise is much later, otherwise it would be so dark that I'd never be able to get the kids out of bed. That's why I was looking for a way to hang it that would be easily removable. 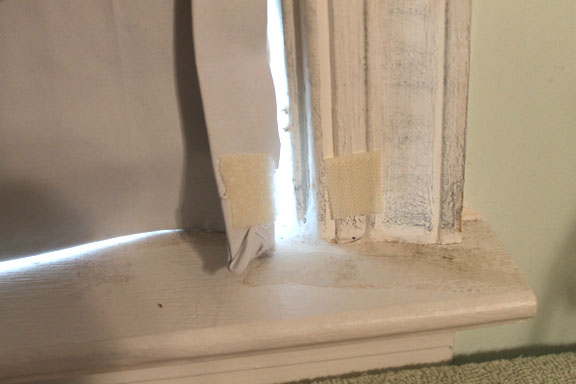 Here's how one of them looks all hung up. When the blinds are down, you can't see that anything is behind them. 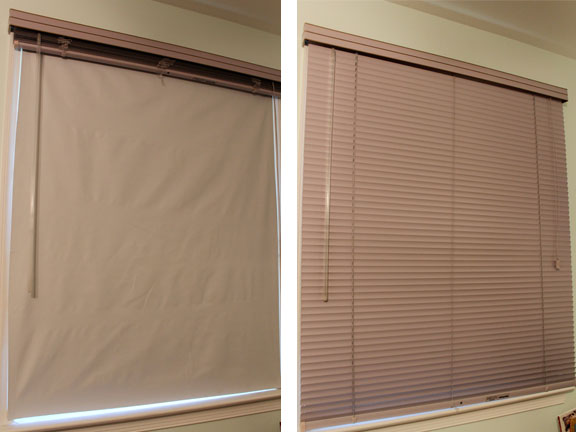 But when you turn the lights off,  it makes a world of a difference. I don't mind the slits of light coming through because I don't want it to be pitch black in there ever. 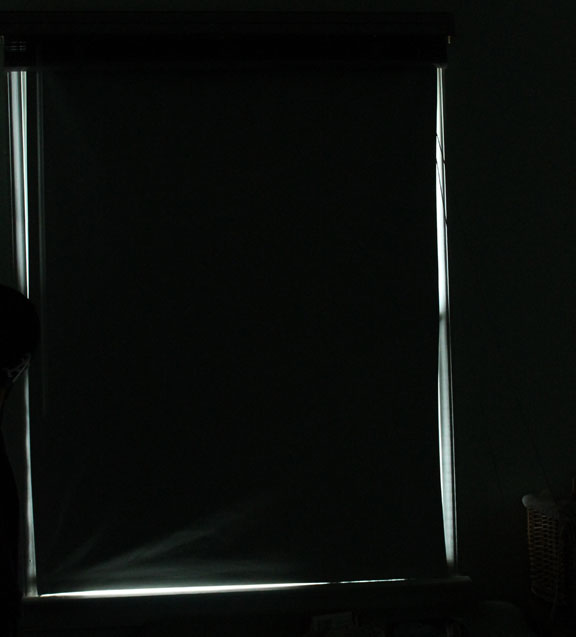 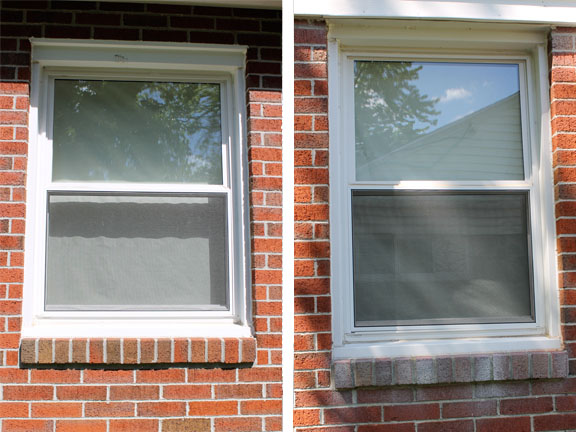 And just because we all love a good before and after, here you go. The lights in the room are off for both of these pictures. 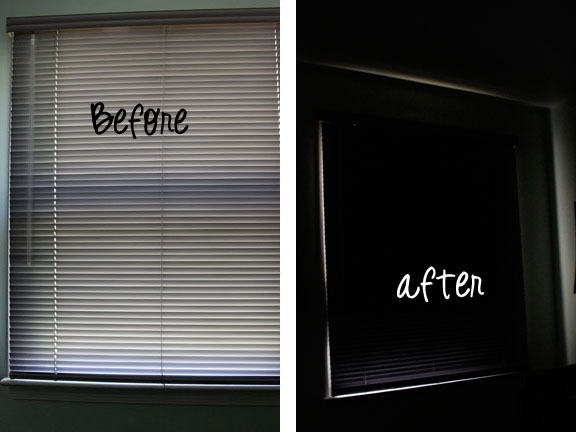 So far I'm happy to report that it's working! Yay for an extra hour of sleep (or not being awoken an hour early)!! What tips do you have for keeping your kids in bed later?

Linking up here:
Home Stories A 2 Z | Today's Creative Blog | House of Hepworths | At the Picket Fence | DIY Showoff | Beneath My Heart |
Lori at 10:29 PM
Share